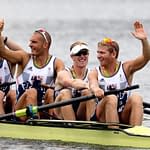 This episode looks at 3 life tasks, and our unique ways to succeed

Good morning. Happy to be with you today.

Then on top of identifying these things, I want to tie all three to the proposition that each and every single individual ever born ever, from the beginning of time to eternity going forward, is absolutely unique, different from every other person ever born ever. There will never ever be any two people exactly like that distinction. And that level of being a unique thing is remarkable to ponder on so many levels. I want to bring the grandeur or the magnitude of that fact, your mind boggling degree of uniqueness. People say, you can’t be very unique. Unique is unique, okay? But I’m trying to emphasize it here. And I want to bring the magnitude of what that means into these three things, which I think are universal, or present themselves to every life ever born ever lived. Period.

The second thing is that every single individual should harmonize things, or reconcile things, or bring things that are apart, bring them together. The third and final thing is that every person, because you have accomplished something unique, you’ve fought a fight, and hopefully won, or are winning, you’ve sought to reconcile things that are struggling in their relationship, be they internal or in the world at large, and as a result of these two strenuous efforts, the third and final thing I believe is what all people should do is find a way, or ask for the blessings of heaven, to be able to leave what you uniquely have attained through living your life to others for the future.

I’ve named these three things: Contend, or fight against something. Reconcile, or to harmonize things, and Bequeath, or to leave behind what you’ve or we’ve attained. In this glorious and epic use of our lives.

One of the problems about life in the world is there are two types of struggles in the world. There are natural struggles. And then there are struggles that arise from the fact that something is obviously very wrong. A natural struggle might be something like, I’m seven years old, and I don’t want to come home at 6:30 at night. All my friends are still out playing, it’s still light out. The game is still going on. It’s the bottom of the seventh, and I am next up to bat. But if I get home later than 6:30 I get a whuppin’ from my dad. This is a struggle. It is a genuine, true to life struggle of cosmic proportions for the seven year old kid, and for all of his friends on top of it.

That’s what I call a natural struggle.

But say there is the brute that has cornered a woman in an alley with the prospect to I hate the word to rape or abuse this woman or even just to aggress and steal, whatever it might be. That kind of struggle is not a natural struggle. This second struggle is because something is very

Wrong. Period, the end. I don’t care what your religion is or what your non religion is, I can’t imagine finding someone who is going to insist to me, a reasonable person to look me in the eye and say, things are as they should be. Say, to see the whale or a turtle with Coke plastic choking around his neck. This is not normal. Studying as hard as I can, and not passing a qualifying exam or something, that is not the result of disorder or dysfunction in the world.

So there are two types of things in this first matter of fighting against something, or contending, to fight against something. One is I don’t want to spend every night watching some crap ass television show, and then try to study on the last night for the qualifying exams to get into my Master’s program. I have to contend against the impulse to put that off to the last minute, to waste my time to not get organized, to be frightened of starting or whatever it is. That is just contending. That’s just striving. But it is fighting against something. And that’s what I need to do. To fight against something everyone and we all must do this. This happens all the time. Say there is a natural and responsible thing that I should do for a member of my family that is at the huge expense of something that I’ve hoped to do for weeks or years or whatever. And I have to put all that aside and choose the minimal responsible act of care for the individual in my family, or my friend. This is contending.

So the contending area is area number one, that you will do absolutely uniquely that no one ever will do it like you, no one ever has no one ever will, this is all yours, area number one contend that has two parts, and we should be sensitive to that, we should be aware of them. And we should, because ideally, we’ll probably have to do both, we’ll have to fight against something that is natural in the world that will never go away. And the sun will always be out on some poor eight year old kid who has to go home in the middle of the game, from now to the end of time. It’s not because the world is evil. But to kill off entire oceanic species, that doesn’t have to happen until the end of time. That’s a second type of contending.

Then the second part of life that each and every individual, I believe at least has the opportunity, I don’t want to say should. But anyway, if you can stand the burden of saying should, it is to reconcile. Reconciling also has two parts. When I fight against something, I have to overcome something. But I don’t have to end up in a permanent war, living with a heart full of hatred toward that thing or object, or impuls, or reality that I sought to overcome. There are things that are at odds. It’s not the end of the world, things are at odds, you know, there may be an Armenian across the street from … I was going to name another race or ethnicity, but I’ll just say from another Armenian. They’re both running little grocery stores, and they’re at odds, okay, There’s no real evil there. But it would be wonderful, if somehow you uniquely were the guy who figured it out, who had some idea of how to reconcile these two cousins.

Just rejoice, just drop all the hatred  and whatever the struggle is, you were able to reconcile something. It’s not because it’s evil, it’s just a nice reconciliation. Then there’s the other type of reconciliation or harmonizing, in which it’s something that I feel profoundly about. Say there’s someone doing something in my neighborhood that’s threatening my children for the entire future of their lives if my children ended up addicted to some substance abuse for the entire future of their lives. And there’s some guy in my neighborhood who’s at least in part responsible for bringing that to pass. That person I want to fight against, I want to defeat, I want to remove, I want them to never do anything like that again. I can’t say there’s no limit, but it’s a serious matter. If I can successfully bring about by whatever means and I’m not talking about violence or anything like that. But whatever necessary means to secure and protect my kids from that eventuality. But once my kids and all the kids in my neighborhood are protected from that eventuality. I don’t have to go on hating that guy forever, living with hate in my heart forever and ever. I just want the individual stopped. I just want his evil to end.

The best way is if that individual can wake up one morning and look in the mirror and say, What have I become, for a couple of bucks for, you know, for a $1200 pair of sneakers, I’m addicting kids and ruining lives and, and shooting people? And then just turn around his life and want to do something constructive. And instead start going to the park to cleaning it up, start a little club for kids to play sandlot baseball, or something like that. If that happened, I’d be happy to have the drug dealer over to my house for lunch. I’d be interested to know his or her life, honestly, speaking, I just need to neutralize or stop being or fight against and when against that person who perpetrates harm. So the second thing that one has to do, and one has unique, express talents, is to reconcile or harmonize.

The third and final thing relates to the wisdom you’ve attained by contending all your life. Say you’ve learned how to start studying for your qualifying exams a full month out, and study every night, a full month out, that’s a genuine victory, a victory in a real war, and you’ve done it. And then there are people who, who have been in the neighborhood fighting for generations, and somehow, you’ve been able to bring harmony or bring peace or bring happiness or have had a little festival in the park where everybody all gets together. And all let bygones be bygones, you yourself have generated a force of harmony and a force of reconciliation. Again, it’s your historical uniqueness. Your eternal uniqueness has brought something into the world that uniquely coalesces around your talents, your gifts, your good looks, or even your bad looks, or your smallness, or your bigness or your brown eyes or your blue eyes. You are the one that did something, and only, you know, special secrets about these two things that human beings do, we contend, and we seek to reconcile and harmonize.

What I’m saying is that the third thing to do is find some way to leave what you’ve brought into history. You’ve brought the victory of your contending, and you’ve brought the success of your reconciling, the success of your harmonizing. Somehow we have to leave that in the world. Don’t let it die with you. Find a student who wants to hear from you. Find some young person with whom you walk by the river side with them and in casual chat, give them the little secrets you have. Your life is a treasure that has never been, and never will be. It’s a treasure in the area of two things that every human life has. We all must contend. And we all must reconcile and harmonize and help bring peace.

The three things that I think all lives have are the opportunity or the responsibility, or however you want to paint the feeling of what I’m saying, is contend and reconcile and actually bring things together. And then bequeath that. Leave the wisdom, the knowledge, the secret truths, that uniquely you have. Leave it somewhere to someone. Leave it in the world, somehow, so that we can walk peacefully through the veil into the white light thinking I you know, I did, okay, I left a few little things that maybe no one else would ever know.

All right, thanks for listening to this, and we’ll talk together again.

Thank you very much