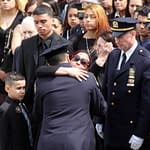 This episode looks at what happens to us when we die. How our lives are assessed.

Good morning, I’m going to do a piece today entitled, Being, Doing and Dying, or Being, Doing and Death. I want to make a single point. It has to do with the anticipation of believers, especially believers in theistic traditions.

Believers in the theistic traditions, and probably, I’m quite sure, in just about every possible style of faith anticipate some sort of reckoning at the time of physical death. But in the theistic traditions, it’s as clear as a bell, everyone imagines a kind of a day of judgment or day of reckoning. Of course, there’s the walking into the light thing, into the infinite warmth and welcomed by all, thing. But that narrative and that imagery that has come to obtain in contemporary reality, doesn’t really take into account,  and does not really resonate with an inner sense of some sort of accountability of how life is lived. I think people may expect ourselves or myself to walk into that warm light. This is the account of people who have died and come back to life and report this experience. But I don’t think people would like a serial pedophile rapist torturer type to have that as his destiny or her destiny. At least most people don’t want heinous people to not have any accountability for life. And then if you get a little more sensitive and a little more enlightened than that, it’s not too far of a step to imagine that I myself also must have some sort of reckoning for the good and bad in my life.

There is a certain fancy term called “phenomenological,” meaning direct experience or immediately known knowledge prior to us telling it ourselves. We just know it, we feel it. It’s direct, it is immediate. I believe there is a certain direct knowledge that there is accountability for deeds, we feel it. It functions in day to day life as conscience; we know those acts which are soothing to the soul. We know those acts which seem to violate some sort of moral compass, even if it’s not acquired or taught, we have certain guardrails or inner guidelines that aren’t even taught. We feel it. They tell us what acts are proper and what acts are in violation of something sacred in some way. Even the feelings of another person. I guess, if people do something constantly enough, they become numb to the violence of their behavior so that if you’re used to yelling at your house help, and you just do it all the time, it ceases to impinge on your conscience. But the first time you ever do something that is violent or disrespectful or undermines the dignity of another person, a cashier or a toll taker, or someone you presume you’ll never see again, and you offend them, you violate them, you harm them, you diminish them, you humiliate them, just out of unthinking greed and selfishness, before it becomes habit, conscience urges against this type of behavior. We definitely have an inner intuition about the quality of behavior, and big picture, this inner intuition amasses itself in a large way, in anticipation of some larger reckoning of my whole life.

Upon dying, people imagine that they’re assigned to an everlasting life or whatever reincarnation you’re assigned to a level of incarnation that corresponds to the quality of the life that you’ve just lived. One whole life is the largest unit any individual has. Like we can look at a day and say, I did well that day, or I did poorly that day. We can look at a week, a month, a year, a decade. That was a good decade. For me, that was a bad decade for me. But the final largest single unit we have that we can look back on and assess is our whole life. In a similar way we might look at an hour or an event or an evening out, or how that week went or it was a good month for me. It’s the exact same thing that one does, at the end of one’s life. You take stock, you reckon, you have a feeling for it. And this is the end of life. A reckoning. This is something  we already are familiar with. We already do it, we do it at the end of the day. Today I’m going to vacuum the entire house, do all my laundry and write three chapters of the book I’m writing. At the end of the day, all I’ve done is eat a bowl of cereal, a quart of ice cream and watched three Netflix, garbage crap. All you can do at the end of that day is say, that was a bad day, I had all these plans and I did zero of it. In fact, I kind of went negative on the ledger. So that’s all dying is. That’s all reckoning is. It’s not fancy metaphysics. We’re already extremely familiar with exactly what happens upon dying.

Then there’s this big, kind of frightening image that’s heard or it’s fairly popular. You see a videotape of your entire life. Every last thing you’ve ever done rolls before your eyes and you can see exactly the quality of your life. I think that’s an unnecessary scare tactic. That doesn’t happen at the end of a bad day. I don’t see a videotape of the whole of my day of every last thing I did, I see the big bright things I did, I see the decision I made three spoonfuls into eating an entire quart of ice cream, I see that I swam four laps today on a 50 meter pool, one lap more than I’ve ever done before. I see the bright highlights but I don’t see a videotape of every last thing I’ve ever done. I believe that the final reckoning of life is not this mechanistic reckoning of a videotape of watching your good deeds and bad deeds, and then finally getting a report card or a score. It’s like a credit score, and then you end up in a spiritual world or reincarnated life that matches your credit score.

The main thing I want to talk about on this topic of Being, Doing and Dying is the notion that your deeds are reckoned, your accounting is taken, and you’re assigned a reincarnated quality or an everlasting in heaven or hell or purgatory or whatever the range of options you have. What I want to insist upon here is that the question is not what you have done, the question is who you have become, because what we have done is always a collection of good that I have done and struggles that I’ve gone through, difficulties I’ve gone through, bad decisions I’ve made, wrong that I’ve done. It can include big wrong I’ve done on the educational path of life where I fail, I even morally fail, I relationally fail. If these were held to a mechanistic accounting, this would be an entirely uninteresting universe, it would be one that has no real elegance to it, and not of much interest or desire to pass through a life as unimaginative as simply a mechanistic accounting or reckoning of life.

Here’s an example I’d like to put forward: Say in a bad moment I stole from a dear friend. I now have this person’s possessions and I’ve literally destroyed just about everything in my life. I’ve cursed myself by this act, and by this deed, come a time, I either can’t stand it any more and confess and go to the person in abject just surrender and apologize, or possibly, I never get the courage to do that. But I’m caught, I’m found out, and this friend comes to me in kind of rage, disbelief, confusion, the person is more broken than me that even such a thing as possible. I’ve disappointed to the extreme in this act. Now keep going with me on this. Now imagine that my apology, my surrender, in religious terms, repentance, my desire to make it right, my desire to give my whole life to this guy or this girl or this friend, and now this person has the opportunity to forgive me and give me another chance. Or possibly they might not be able to get over what I’ve done. This is a simple option my friend faces;to forgive me and give me another chance (if my sorrow is complete and genuine), or to just not be able to get over it. Move on, don’t hate me, just move on. The relationship is broken and finished and over.

Say the person rescues me by their forgiveness. This is the human version of what grace is. My reaching out to my friend is the human relational version of what repentance is. So repentance is a religious act directed heavenward and grace is a religious phenomenon that comes down from heaven and absolves me of the burden of my misdeeds relationally. It’s just an apology. It should reach the quality of repentance, and forgiveness from this person and giving me a second chance is the relational version of grace.

Now, if the person is big enough to have afforded me another opportunity now keep going with me on this invented story. Imagine that I then become that person’s number one wing man, I defend him, I defend his family. I’ve bailed him out when they’ve been in hard times. I gave his daughter a scholarship to the school, a great school that they couldn’t afford. I’ve actually set up in the middle of the night on their front porch, to defend them from would be invaders, and so on. This person’s whole life becomes just an honor and a delight and a pleasure for me to defend and support. And so by the time I reached my death, and my reckoning, why would you play that part of the video where I stole? Why would I have to sit through it’s kind of a non existent reality. The reality of repentance and Grace has defined me as a person whose life became saintly, exemplary became legendary. My life actually became legend, as a result of the horror I felt from my deeds, the grace and forgiveness I received from my friend, and the decisions I’ve made on how to be vis a vis that person from that time ever forward.

I’ll conclude here because the point of this podcast is to talk about the fact that one arrives that death as a being, not a collection of deeds. The reckoning is who the person is who is standing before me. It is not what the person standing before me has done. It’s who you are, not what you do. There’s nowhere more the case on that matter, than at the point of one’s death and one’s reckoning. Who you are, what you’ve become, what you’re making of yourself with your life, not the dull staccato, and serial unfolding of your deeds.